Mars Bar: Smaller than a toddler’s pinkie and costing more than a car.

For me, the best thing about this website is that I’ve met some really amazing, interesting and funny individuals through my interactions here. The other day I put out a tweet looking for volunteers to take part in my Sprout Questionnaire. In my book, if you volunteer for the Sprout Questionnaire, you are, by default, slightly peculiar. And slightly peculiar is exactly the type of person I know I’ll get along with.

Carrie Marshall is one such volunteer. She is a writer and broadcaster and, in her own words, a spectacularly unsuccessful songwriter, although I think that summary vastly underemphasises an incredibly diverse and accomplished CV (which I’ve been checking out on her blog). She’s trans, lives in Partick and has just bought a drum kit to delight her neighbours. She posts thoughts at bigmouthstrikesagain.com, tunes at soundcloud.com/dmgm and tweets as @carrieinglasgow. Why not check out her words and sounds for yourself? 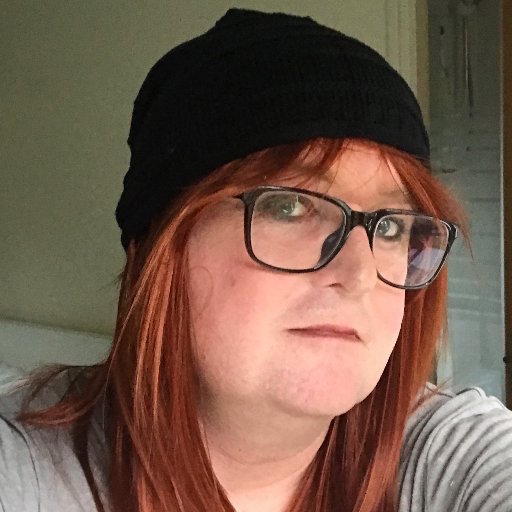 We had such a laugh compiling this. I thought my questions were funny (I’m pretty much the only person who finds me funny) but Carrie’s answers were way funnier. It was a total treat for me. Thanks for taking the time, Carrie, and for properly getting into the spirit of the Sprout.

I would be The Baseball Bat of Justice, because all the short superhero names are

taken. I’d have the power of administering swift, summary justice to correct bad opinions: “I’m not a racist, but -” THWOCK! “Yes, but not all men -” BLAM! “It’s political correctness gone -” SPANG!

I’ve managed to turn DIY into an extreme health hazard. A couple of Christmases ago I went to fit a magnetic knife rack in the kitchen and blew the mains electricity up with my first squeeze of the drill. We called out Emergency Panic Man — like a superhero, but a lot grumpier and much more expensive — and he was clearly using all of his powers to not call me the dick he obviously thought I was.

I bought it. When I was little, Suzi Quatro made me feel all kinds of funny with her bass guitar and leather trousers. I’ve had basses for years and quickly discovered that they weren’t what had made me feel funny. So I recently acquired a pair of leather trousers. Can I breathe in them, let alone move? No. But do I look sexy? Also, no.

It has to be the ever shrinking size of treats such as crisps and chocolate. Have you seen a Mars Bar lately? It’s smaller than a toddler’s pinky and costs more than a car. You’re not going to get a day’s work, rest and play out of that.

Poverty. Has to be. The thought of playing a song I’ve grown to loathe every night to the kind of people who’d happily tie bricks to my feet and throw me overboard is a pretty good illustration of what Hell is probably like. You can’t eat acclaim, but you can often use it to persuade people to buy you drinks. Better to be Aidan Moffat than Barry Manilow, I think.

I wish I’d listened to my father.

I don’t know. I wasn’t listening.

I wish I had social skills. I can never get it right, I’m either laughing too loud at things that really aren’t funny or staring blankly at someone who thinks they’ve just said the funniest thing of all time. I wish I was the person who says the really excellent things I think of at 4am when I’ve gone home in disgrace. Or I’d like to be really good at fighting.

It has to be sausages, hasn’t it? Links, not square. You could quickly fashion a sausage gun by bending one and pointing it in a determined shooty kind of way, or squeeze the meat into the gaps between a door and its frame to protect you from floods, smoke, sarin attacks and killer bees (also, I’d love to get somebody angry enough that they’d unleash all four of those things against me. That’s going to involve some serious criminal mastermind shit). You could roll a bunch of them into a sausage-based decoy that the bad guys shoot at, giving you time to escape. And you could make two into a cross to fend off Vegan Dracula. And then afterwards you could entertain the local urchins by making sausage animals.

I watched my former neighbours raise their garden so high the top of their fence was 20 feet above mine. I hadn’t spotted it in the planning application they tried to hide from us. All it needed was watchtowers and spotlights, and to my great shame I didn’t say anything because I didn’t want conflict. The best I could do was park really close to their driveway and throw tons of dogshit over their fence for the next few years. And my former wife killed their hamster, although I don’t think that was deliberate.

[HMT] Sorry, incapable of writing much more. I really hope your neighbours aren’t reading this. I know dead hamsters shouldn’t be funny but…