Thinking, scribbling, planning. But is it really writing? 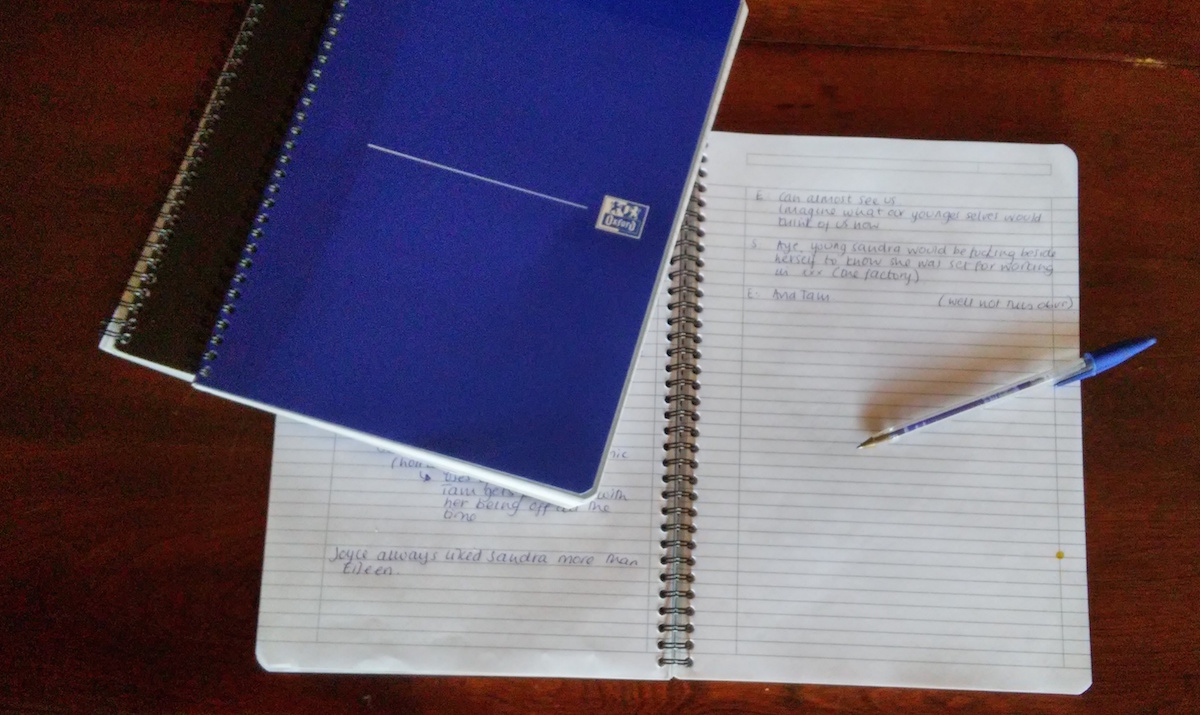 You: When is the book coming out? Are you writing your next one yet? What are you doing for Christmas?

Me: Sometime in 2018; sort of; flip, how can it be the middle of November already?

This is how my conversation rolls at the moment. I’m twitchy to say the least.

Sort of. What kind of answer is that? I’m sort of writing my next novel. You’d have thought it was a binary question. Are you writing your novel or not? It depends, I guess, on END_OF_DOCUMENT_TOKEN_TO_BE_REPLACED 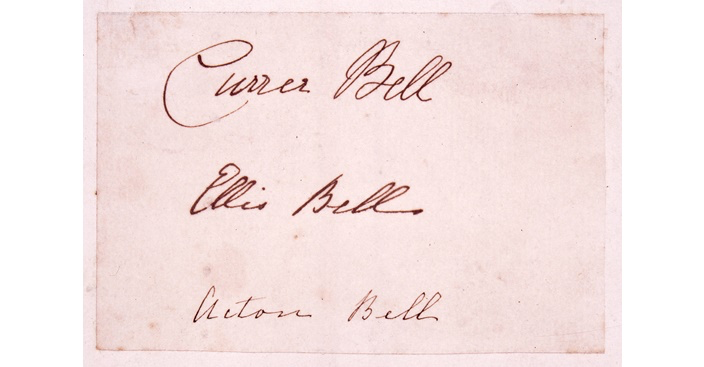 I’m very excited to be taking part in the opening event of this year’s Brontë Festival of Women’s Writing on Friday 22nd September at 7 pm. Yes, that’s tomorrow. Between house moves and dodgy phone lines, I haven’t had a chance to mention it here before now. If you are in the area, please come along. There will be a panel of us discussing self-promotion and marketing for writers. Useful for writers of all types, whether you have a traditional publishing contract or are going along the non-trad route. Writer and academic Laurie Garrison will be sharing her digital marketing expertise, novelist Sarah Dunnakey will be talking about her experience in a traditional setting and, instead of passing myself off as a crowdfunding expert, I’ll be confessing to my worst mistakes that I made during my campaign to fund The Backstreets of Purgatory.

The venue is Cobbles and Clay Café in the main street in Haworth. Other events in and around the Parsonage over the weekend include YA author Liz Flanagan running a writing workshop for girls, Adapting the Brontës with novelist Rachel Joyce and playwright Deborah McAndrew who will also be running a Writing for Stage event. The headline event on Saturday evening is Sarah Perry, author of The Essex Serpent which was Waterstones Book of the Year 2016.

I can’t wait to meet the other participants and attendees. And you, if you can make it. Directions below. Celebration time. The Backstreets of Purgatory, my debut novel, has reached its crowdfunding target. The special edition will be published by Unbound later this year. The commercial edition should be available in a bookshop near you sometime early next year. Since I heard the news just more than a week ago, I’ve been wandering around in a bit of a daze with a huge grin on my face, not able to concentrate on anything productive. I’m thrilled, excited, totally chuffed.

And more than a teeny bit scared.

A few years ago, I had a short story published in the (now sadly defunct) Ranfurly Review. Titled very imaginatively as The Kiss, it stars Ade who is in hindsight certainly a forerunner to Finn (the main character in Backstreets), and Crystal, a transvestite who despite not bothering to shave when she goes out on the razz END_OF_DOCUMENT_TOKEN_TO_BE_REPLACED

The moon stuff came out of nowhere, knocked me sideways, sent me swirling into a vertiginous panic

The first time it happened, I was in the infant class at primary school. At the end of the spring term, the adorable—adored—Miss Hughes announced to her pupils that she would be getting married during the Easter holidays.

‘So what will my new name be when we come back to school?’

Left to my own devices, Rumpelstiltskin would have seemed as sensible a guess as any. No joke though, the entire class replied in unison.

When I say entire, what I mean is entire minus one.

To this day, I have not the faintest idea how my class mates came by that (correct) answer or where I was (physically or mentally) at the moment they were primed with that particular piece of information. I’d even go as far as to say that I’m fairly certain I wasn’t even aware of the possibility of a Miss to Mrs transition, never mind the idea of a whole change of surname.

So there I sat on my miniature chair at my slice of a shin-high, half-hexagonal, light-grey plastic table, while Miss Hughes basked in the radiance of her future marital happiness and the adoration of her tiny students, and was (as I remain) utterly baffled.

Another time. It’s First Year at High School. A science class and END_OF_DOCUMENT_TOKEN_TO_BE_REPLACED

They seemed effortlessly cool—cool but professional—turning out top quality, exciting, left-field works like one of the good indie record labels from back in the day.

It is almost a year ago now since I met Rachael Kerr, Unbound’s Editor-at-Large, at a National Creative Writing Graduate Fair at Manchester Metropolitan University. She was one of several industry professionals speaking at the fair and I was immediately taken by the whole idea of Unbound. They seemed pretty rock and roll compared to traditional publishers. Adventurous, innovative, and totally down with the digital age. Qualities I’d love to say that I shared but a body of evidence the size of a hairy mammoth pretty much proves the opposite.

Technologically challenged, a late adopter, insecure and hideously introverted would be perhaps to understate my defining characteristics. Not ideal when Unbound’s model relies on crowdfunding, on gathering supporters to pledge to buy the book in advance. As soon as a project has enough support, the book goes into production—special editions for the supporters alongside a commercial print run (in conjunction with Penguin Random House). But to find that support, the authors have to do a large part of the marketing themselves.

Don’t get me wrong. I’m more than willing to work hard (so long as the hard work doesn’t involve picking tatties—worst job ever by the way). But I have issues asking people to sponsor me for a charity run, never mind ask them to pledge for my book.

So, back at the conference, I chatted with Rachael, pitched my idea and she seemed to like it. The basic synopsis of THE BACKSTREETS OF PURGATORY  is as follows: Caravaggio arrives in present day Glasgow to help out a struggling art student and things get messy. Rachael asked me to email her the manuscript. Result.

But I didn’t. Not for END_OF_DOCUMENT_TOKEN_TO_BE_REPLACED