‘Do you know what the lady is going to do, Harry?’

‘Almost, sweetie. It’s to see if you are dyslexic.’

True story. Oh how we giggled. But it isn’t a laughing matter for the kids and adults affected.

Even in this world of alternative technologies, the written word is still central to how the world functions (or how the world ends given the current battle of juvenile tweets between power-crazed despots). It has certainly END_OF_DOCUMENT_TOKEN_TO_BE_REPLACED

There is no more valuable a gift than a book that makes you laugh, cry or think 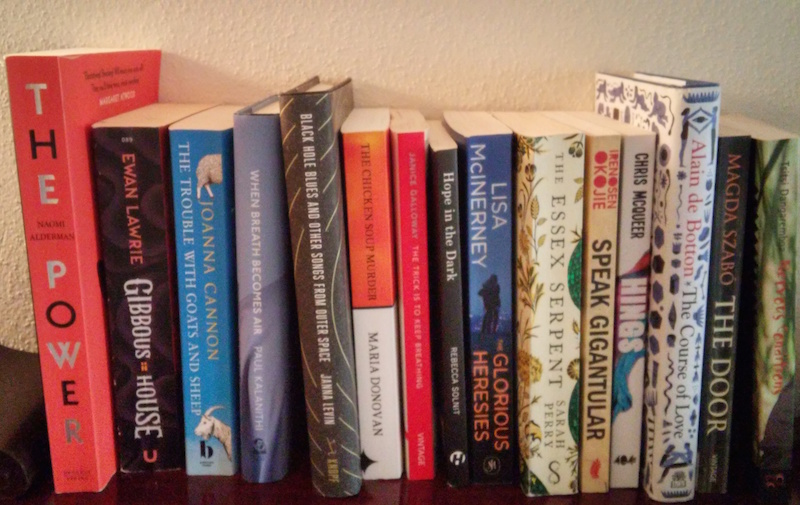 It has been an interesting year of books. For (almost) the first time, I’ve read several novels by people I know. Either in person or virtually (although some of those virtual relationships are as strong as friendships in real life). I find it nerve-racking, those first few moment with the first few pages, sussing out whether it is going to be a book I’ll love or one that will do nothing for me. I feel a responsibility to enjoy the work of the people I like. Which doesn’t always happen. But when it does, it is wonderful.

Like Maria Donovan’s Chicken Soup Murders. Aside from the fabulous title, it was obvious from the opening that it was beautifully written. I read it immediately after Joanna Cannon’s fabulous The Trouble with Goats and Sheep and it compares very well. Or Chris McQueer’s Hings which had me laughing, cringing and spurting my tea out of my nose (often at the same time). END_OF_DOCUMENT_TOKEN_TO_BE_REPLACED

Thinking, scribbling, planning. But is it really writing?

You: When is the book coming out? Are you writing your next one yet? What are you doing for Christmas?

Me: Sometime in 2018; sort of; flip, how can it be the middle of November already?

This is how my conversation rolls at the moment. I’m twitchy to say the least.

Sort of. What kind of answer is that? I’m sort of writing my next novel. You’d have thought it was a binary question. Are you writing your novel or not? It depends, I guess, on END_OF_DOCUMENT_TOKEN_TO_BE_REPLACED

Squint a little and perhaps you can see a young Simone Jacob there with her fellow students.

Simone Veil, grande dame of French and European politics, Holocaust survivor and champion of women’s rights, died 30 June 2017. At her funeral at Les Invalides on July 5th, President Macron announced she would be interred in the Panthéon, one of only five women thus far to be granted this rare distinction.

Veil was originally from Nice which is not far from where I live. When she died, I realised I knew only the headline facts about her, despite the fact she is probably the most celebrated and revered women from this city. To correct this lack on my part, I read as much as I could find about her. And what I discovered was both inspiring and terrible, and fed several of my obsessions as a writer.  END_OF_DOCUMENT_TOKEN_TO_BE_REPLACED

A fascinating insight into other writers’ working practices

Do you plot your novel to the last detail or do you fly by the seat of your pants? Do you know where you are going when you put pen to paper or are you winging it for the entire journey? In other words, are you a plotter or pantster?

Pantster is a great word, isn’t it (even if my spell check objects to it)? But, like all my best ideas, it is stolen. The question was raised by Tabatha Stirling, author of Blood on the Banana Leaf, during a discussion at our recent Unbound event at Golden Hare Books in Edinburgh. I’ve already written a little about the way I planned The Backstreets of Purgatory: a detailed plan for the first draft before the characters took it upon themselves to thwart END_OF_DOCUMENT_TOKEN_TO_BE_REPLACED